The bigger cities get, the more traffic congestion is created and one of the ways to help this is with expressways to whisk people in and out of the city over top of the stop and go local traffic. When you build expressways they work best without stoplights and intersections, so they have to go over other roads. This creates overpasses, and many of them become unsightly areas that no one likes. They collect garbage and sometimes slightly unsavoury segments of society. We visited an area of Houston Texas that developed a park under their highways, and it was apparently a constant struggle to clear the homeless from these sheltered areas. Toronto has taken a different approach to utilizing highways 'underpasses'.

In a neighbourhood of Toronto called Corktown, two of the cities major expressways converge, creating a tangle of elevated roadways and the related underpasses beneath them. Rather than hiding them away behind fences to keep people away, they invited local street artists to decorate the concrete support columns and created a park there. Some of it is used to provide parking commuters and a skateboard park was build in another area along with a basketball court. Apparently the area is also used once a week for a local farmer's market.

The result is a clean and attractive area used by the local people. Even the garbage cans have been decorated by street artists. We went there on a weekday, so it was not busy, but there were still people there playing basketball, skateboarding and just enjoying the art.

What a great way to utilize a unwanted area of the city! 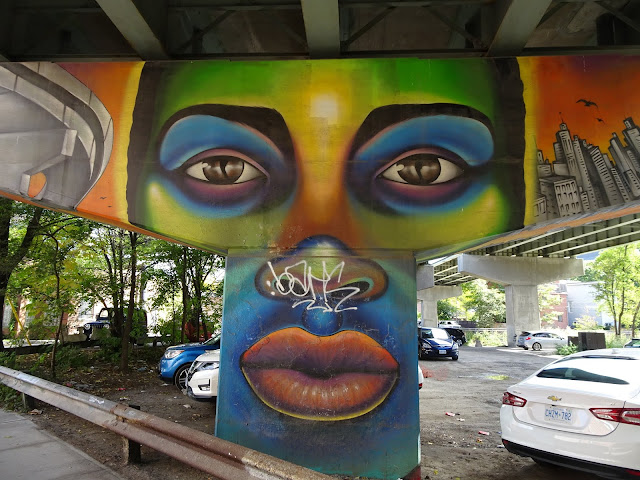 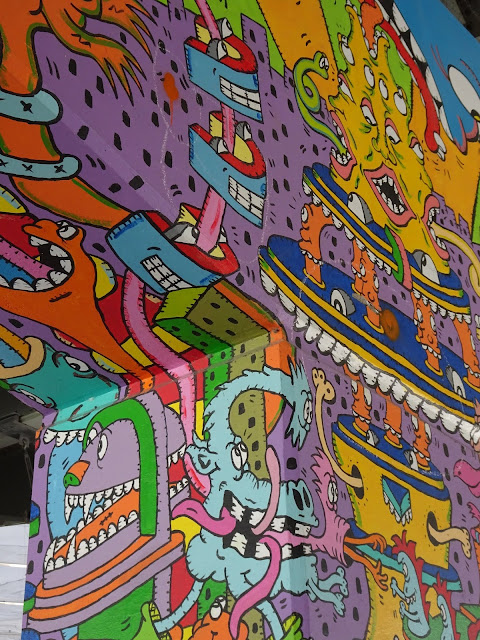